The Johannesburg East District of the Gauteng Department of Education held its extra-curricular Awards 2018 last Wednesday the 30th January 2019. The district covers areas of Ivory Park, Midrand, through to Alexandra and Sandton. Inspiring sports stars and Artists were awarded at this event held at Marlboro Community Centre.

Ivory Park and Midrand Cluster was represented by Eqinisweni, Tsosoloso Ya Africa and Midrand Primary School all these school were nominated in the Youth and Culture section of the awards. Midrand Primary learner Ngele Simele won Cultural Primary Learner of the year; Semele won position 1 at last year’s Segarona Eisteddfod in Painting and also did well in other competitions such as SA Championships of Performing Arts. Fellow learner from Midrand Primary Drama Club Ndivho Hlungwani got third Cultural learner of the year. Cultural Secondary School Learner of the year went to Fhulufhelo Tshirangwana of Tsosoloso Ya Africa while Nyobuse Nandipha and Pawula Tebogo both from Eqinisweni attained second and third positions respectively. 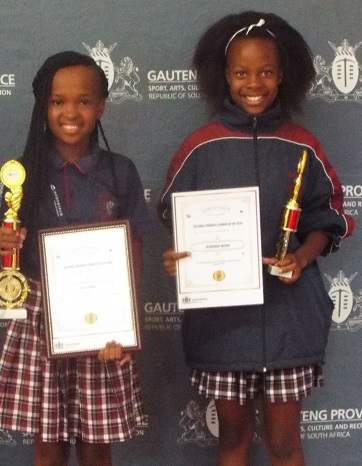 In the Cultural Coordinator of the year category teacher from Tsosoloso Ya Africa Sibongile Sefane attained third position while Enouch Shishenge of Eqinisweni came second to Brian Jokozela of Midrand Primary School. Brian won this award following his 2018 accomplishment of The Brenda Distiller Trophy for the best South African work for writing and directing choral verse group speaking “Come with Us” which was performed by the school drama club at the Speech and Drama College SA, for a successful collaboration play “The Road to Destiny” which was presented by Midrand Primary featuring Noordwyk Secondary during last year’s Johannesburg Inner City High Schools Festival, leading choral verse group “Come with Us” and Monologue by Ndivho Hlungwani to the National Young Performers Awards to be presented at The Roodeport Theatre from the 17th February 2019. And most importantly for organising “Midrand Lebone Schools Play Festival” for all schools around Midrand and surrounding areas.

The Cutural School Team of the year went to Midrand Primary School after they have combined all the Visual Art, Speech and Drama club and Music class achievements from 2018. Special mention in this regard must go to all learners who were part of these classes last year and off-course art fundi Mr Mashathi in the Visual Art and Mr Motswe in charge of the Music classes at the school. The school would like to thank all the Parents of the learners for their ongoing support.